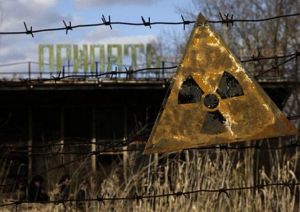 Thirty years ago, on April 26, 1986, one of the Chernobyl nuclear reactors exploded contaminating heavily a large area and unleashing a huge highly radioactive toxic cloud that boost by twenty came across Europe, including Italy. From that day on, everyone understood that with nuclear power do not mess around and that one moment of inattention can be fatal not only for humans but also for animals and plants.
The reckless behaviour of some security guards on duty the night of the plant explosion was most likely the cause of the biggest nuclear disaster of European and world history involving millions of people.
From the day of the disaster the town of Pripyat went blank after the evacuation of all its inhabitants because of the high level of radioactivity and became a ghost town where time has stood still at the tragic moment of explosion; in the area the level of radiation is so high that experts say nuclear technology will not be habitable for the next 24000 years.
At a distance of 30 years it is not yet known how many actually were killed due to the massive radiation leak after the accident, but it is known that many inhabitants of the area closest to the station were killed instantly and many others fell ill seriously. Many children were born severely deformed and with important developmental delays and learning; many were also the cases of miscarriages.
Even today in the areas closest to the area where the disaster is very high incidence of serious diseases also caused by long exposure to radiation and many are those who still live in highly contaminated sites, with serious risks to their health.
Today the radioactivity levels remain high and in areas closest to what remains of the plant is still impossible to live; the radioactivity will remain very high for many years and it is not known exactly if and when the most affected areas will return habitable and safe.