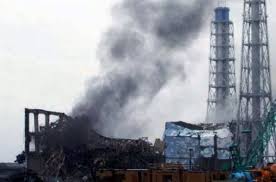 Five years ago, Japan suffered the worst nuclear disaster of its history when a tsunami caused terrible rogue waves which hit the Fukushima nuclear power plant severely damaging it.

Today, five years later, it is still trying a slow return to normalcy and in some areas it is even initiated a first reconstruction, although the areas closest to the station are still closed due to the high radioactivity.

Signs of the tragedy that struck to the heart around the world are still visible and in the eyes of all the many still displaced  and fear and grief remain over the loss of their homes and their loved ones forever, swallowed up by the waves. Throughout the land of the rising sun today include those who do not have it made with a minute’s silence of memories and emotion.

In the capital Tokyo Prime Minister and Emperor attended the main ceremony, along with many survivors and relatives of the victims and there have been many tears because the memory of that tragedy is still alive and present in all Japanese.

Fukushima tragedy taught us that nature is unpredictable and most hidden and powerful forces on the planet can lash out when and where we least expect it, even in those places that we feel safe. No energy source is without risk and no power plant, no matter how well built, can withstand the impact of a tsunami as devastating as Fukushima.

The economic damage and above all immense ecological disaster will be felt again for a very long time and many lands that were once grown will remain many years contaminated areas unapproachable. The health implications will last long because by the control unit continues to leak highly radioactive water that poisons the underground aquifers that once served the majority of residents in the area.

Don’t mess with nature and this is the great lesson that derives from that terrible day five years ago; we only have one planet and for this reason we must love and respect it as it deserves.