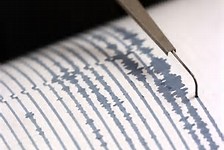 This morning around 7:40 a large earthquake of 6.5 degrees has again struck the Central Italy, the same small towns already sorely tried by the shaking of 24 August and 27 October. The quake was also felt in places far removed from the epicenter and even in Bolzano in South Tyrol.
The population was poured out into the streets and panic and fear are back to masters: no one wants to leave their birthplace but there is the awareness that the affected area is extremely unstable and very dangerous. Might be opened a new fault line and the risk of new very strong shock is extremely high.
I send a big hug to all affected populations and all my closeness with the hope that soon this nightmare will end and that everything will return to normal as soon as possible. A sincere thanks to everyone, especially the firefighters and volunteers who are working continuously to make life bearable for many evacuees.
Valeria Fraquelli owner and founder of the website