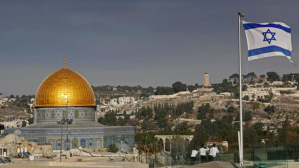 Ever since U.S. President Donald Trump has officially moved the United States Embassy from Tel Aviv to Jerusalem, there have been controversies and clashes between favourable and opposing. The Palestinians have inflamed violent protests over the Gaza strip, while the Israelis claim their rightful right to number the city as their capital.

The Palestinian Israeli conflict began in the distant 1948 when the state of Israel was officially founded. The Palestinians immediately saw the arrival of the Jews as a veritable invasion of their territory, while the Jews greeted the founding of Israel as a victory because finally even the Jewish people had a homeland. The Israelis see their state as the continuation of their religious history because since the night of the time the Jewish peoples had inhabited those lands and had been driven out.

Islamic, Jewish and Christian religion coexist in Jerusalem but fail to establish a real constructive dialogue that is really based on peace and brotherhood among peoples. All three claim their superiority over others when they should give together a new message, non-violence and truly universal understanding. Go on with the story and forget about the wars of religion that have reaped so many, too many innocent victims. It is the only way to create a new, more united and cohesive world in which respect is a true founding value of society and not an empty word uttered only in official speeches and then immediately forgotten.

The dialogue between religions is perhaps the best way to make sure that at last no more talk of clashes and war in the Holy Land, but only of a truly sacred place where everyone is free to profess their own creed without being afraid and without having to hide. Everyone should be respected and understood in the full exercise of their rights irrespective of religion, this should be the message of peace that comes from a land considered holy on a global level.