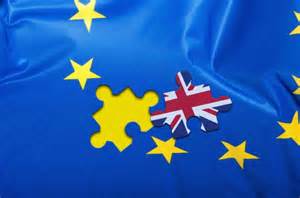 Yesterday‘s vote in the United Kingdom has officially sanctioned the Brexit: Britain will leave the EU and will begin a new era in the bilateral relations between the Brussels institutions and the Government in London.

The fact that 17 million Britons have decided with their votes to leave the EU is significant and it is only the latest manifestation of a Eurosceptic sentiment that now meanders in many European countries and that manifests itself in many Eurosceptic parties recently collected consents. The mismanagement of emergency immigration and the fight against international terrorism, combined with the fact that the European institutions are too often seem remote from the real problems of citizens has caused irremediable fracture was created between citizens and institutions in Brussels.

Despite the collapse of stock exchanges and financial markets and dire predictions of doom no one can say with certainty that life in Britain outside the Union will be worse: it could also happen that community life outside Europe in the United Kingdom will prove much better than forecast because free from the constraints imposed by the authorities in Brussels. The only thing certain is that if the European Union will not change deeply to give concrete answers to the needs of citizens will trigger a domino effect, in which many other countries would expect to go out and this could lead to the end of the same Union.