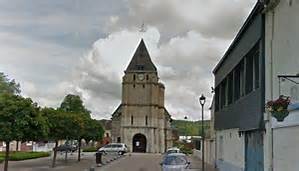 The one pictured is the Church of Saint Etienne du Rouvray, a small town in Normandy, near Rouen. While the mass was under way Tuesday morning, two young terrorists armed with sharp knives stormed into the building and have brutally slain elder pastor and taken hostage the faithful present, including a young nun.

As for the attacks in a few days earlier in Germany, it was thought at first that the attack was the work of two unbalanced with mental problems, become unwittingly emulators Islamists. With the passing of the hours showed that the two were well aware of what they were doing and that their intention was really to make a killing in the name of the self-styled Caliphate; the two were posted on the net a few days before a video in which they swore loyalty to the leaders of international terrorism and expressed their desire to avenge Muslims were victims of the bombing of the international coalition in Syria and in Iraq.

One of them had even tried twice to reach the Islamist training camps in Syria and Iraq, but had been stopped at the border and sent back to France with a dossier in which he referred to as radicalized and dangerous, prone to violence and ready to prepare new attacks.

Also in Germany the investigations on the attacks occurred between July 18 and 24 are continuing to pace and the track of mental illness is giving way to the idea that the attacks were prepared and studied first time long before in order to cause as many victims as possible. Especially in the case of the attack on the musical festival of Asbach, thankfully failed, the bomber was to blow themselves up in a crowd of young people who attended the concert and cause carnage.

The only real case of personal and psychological problems is that of the young man who attacked a McDonald’s in one of the largest shopping malls in Munich, establishing a dialogue without sense with some residents of neighboring buildings; the young man said that he wanted to avenge some bullying suffered in the past in school.

Certainly drug and mental problems have impacted on the bombers, but their terror plan was clear in their minds and this is demonstrated from the videos and messages published shortly before implementing their insane gesture, in which they said firm believers in the Islamist cause against Western “Crusaders” and also against moderate Muslims.