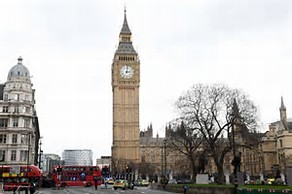 The attack Wednesday afternoon in London reported political agenda of the major European chancelleries security in cities and how to stop the foreign fighters who train in war zones of war in the fields of the self-styled Islamic State and then carry out attacks in Europe. The bomber in London used his car, a heavy suv, as a battering ram to mow down pedestrians strolled on Westminster Bridge and then the knives with which he took his own life the COP guarding the British Parliament building.
The leader of the terrorist organization calling itself Islamic State a few months ago had incited his followers to use all possible weapons against Westerners, accused of being an obstacle to the true Islamic faith, and cars and knives are really affordable. In Nice, to Berlin and then London trucks and cars were the real stars of the massacres and this proves that, despite military defeats in Syria and Iraq, the militiamen in black of the self-styled Caliphate are still ready to strike when and where we least expect it.
Also in this case the assailant was already known to the security forces for radical Islamist sympathies and was a British citizen, who had always lived between London and Birmingham without ever being able to seriously integrate into British society. During the searches done after the attack was discovered in the city of Birmingham is hiding a parallel reality made of mosques and Islamic cultural centres abusive where makeshift preachers incite hatred and violence and very often convince the faithful to travel to Syria and Iraq war zones.
As in the case of Brussels ghetto neighborhoods and the French banlieu, even in the cities of the United Kingdom you conceal shaded areas where integration does not exist and in which young people left to themselves they don’t know nothing but violence; It is on these neighborhoods that action must be taken to eradicate the phenomenon of radicalisation. Greater control over those who live in these areas and their contacts and movements, and especially the closing of every mosque and cultural center and the immediate expulsion of those who preach violence could be some easily adoptable solutions to keep tabs on Islamist phenomenon.
Pubblicità