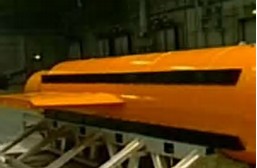 Last night came the news that the United States have launched the super MOAB bomb, the most powerful among the non-nuclear weapons, on a basis of ISIS in a remote province of Afghanistan: the goal was to eliminate as many militiamen jihadists as possible and destroy underground bunkers that Islamists use to communicate and run away if attacked.
The bomb weighs about 10 tons and is able to blow up even the most explosive of which reinforced because the underground tunnels is full can penetrate even the most resistant concrete leaving no chance to the terrorists that are hiding in the tunnels. When is the most powerful non-nuclear bomb in the U.S. military, is in their possession since 2003, and had never been used in combat, only during some tests in desert places near military bases equipped.
What they wanted to show the United States launching this powerful weapon against the self-styled Islamic State?
These, in a nutshell, might be some of the reasons that pushed Trump and U.S. military commanders to launch the MOAB in times like this where the international tension is high and the global geopolitical balance are delicate.