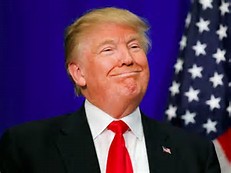 The first federal budget presented by Donald Trump reflects everything the New York Tycoon had promised during the election campaign: more funds in the entire sector of defence, public safety and Veterans ‘ associations and less to the environment, health, education. The forecast of expenditure of the United States for this year so it’s entirely focused on the so-called hard power, which includes its defence and security sectors, while it penalizes the soft power, concerning environment, health, education and diplomacy.

The funds for the military have never been so high, not counting overtime appropriations for the construction of the wall on the border with Mexico: a budget so calibrated on the hard power is new to the United States, which have always spent a lot on defense. Moreover the costs for this year are perfectly comply promoted made by Trump during the election campaign; the fight against international terrorism with greater commitment and send special troops directly on the front lines, rejections for legal immigrants and invitation to all asylum-seekers from six Muslim countries, buy new weapons and a new recruitment campaign for armate forces.

We can clearly undestand the domestic and foreign policy to Trump with the budget unveiled today: the environment loses many funds and will be about 3200 the Environment Agency’s employees fired and also research, education and health lose several funding-a cornerstone of the policy of Trump is the abolition of hated health reform desired by Obama–and the same can be said for the State Department that represents American diplomacy and is one of the Federal agencies most penalized. Trump foreign policy who wants to “flex the muscles“ of the United States in the world couldn’t help but need more money for the armed forces and this explains the large increase of appropriations for defense.
The Trump is totally opposite to that of Obama: diplomacy, health and environment were the cornerstones of the previous administration, while Trump puts safety first, defense and believes that enemies can be discouraged just showing them that the United States in the event of an attack are quick to dismiss it with powerful new weapons.